The British Geotechnical Association (BGA) is pleased to announce the results of the 2018 Fleming Award. Three shortlisted finalists presented at the Fleming Award evening on 6 December 2018 at the Institution of Civil Engineers in London.

The Fleming Award Competition is held annually to commemorate the life and work of Dr Ken Fleming and to recognise excellence in the practical application of geotechnics in a project or a part of a project. Entries are invited from teams which will typically include representatives from Clients, Main Contractors, Consulting Engineers, Specialist Contractors and so on. The award is presented to the Project Team which most demonstrates excellence in geotechnical design & construction. There is an emphasis on teamwork across the different disciplines involved in the project. Consideration is also given to projects which are innovative.

The Fleming Award is supported by Cementation Skanska.

The judges were Patrick Cox of AECOM (representing the BGA), Ken Ryder of Cementation Skanska and Martin Ellis of SOCOTEC.

The first presentation was from the A77 Cairnryan Slip Remediation project in south-west Scotland (project team WSP UK Limited, Scotland Transerv, Raynesway, Transport Scotland) which described the challenges of stabilising slopes above and below a major road, while ensuring that a trunk route to the ferry report of Stranraer remained open.

The second presentation was from the Gardenstown Landslide Stabilisation project in Gardenstown, near Banff, Aberdeenshire (project team Aberdeenshire Council, Atkins, BAM Ritchies) which described remediating a steep slope in the centre of a small village, with difficult access.

The judges agreed that all this year’s finalists were of high quality, but were unanimous in selecting the Claridge’s Hotel Basement project as the 2018 Fleming Award Winner.

Some photographs of the evening are below. 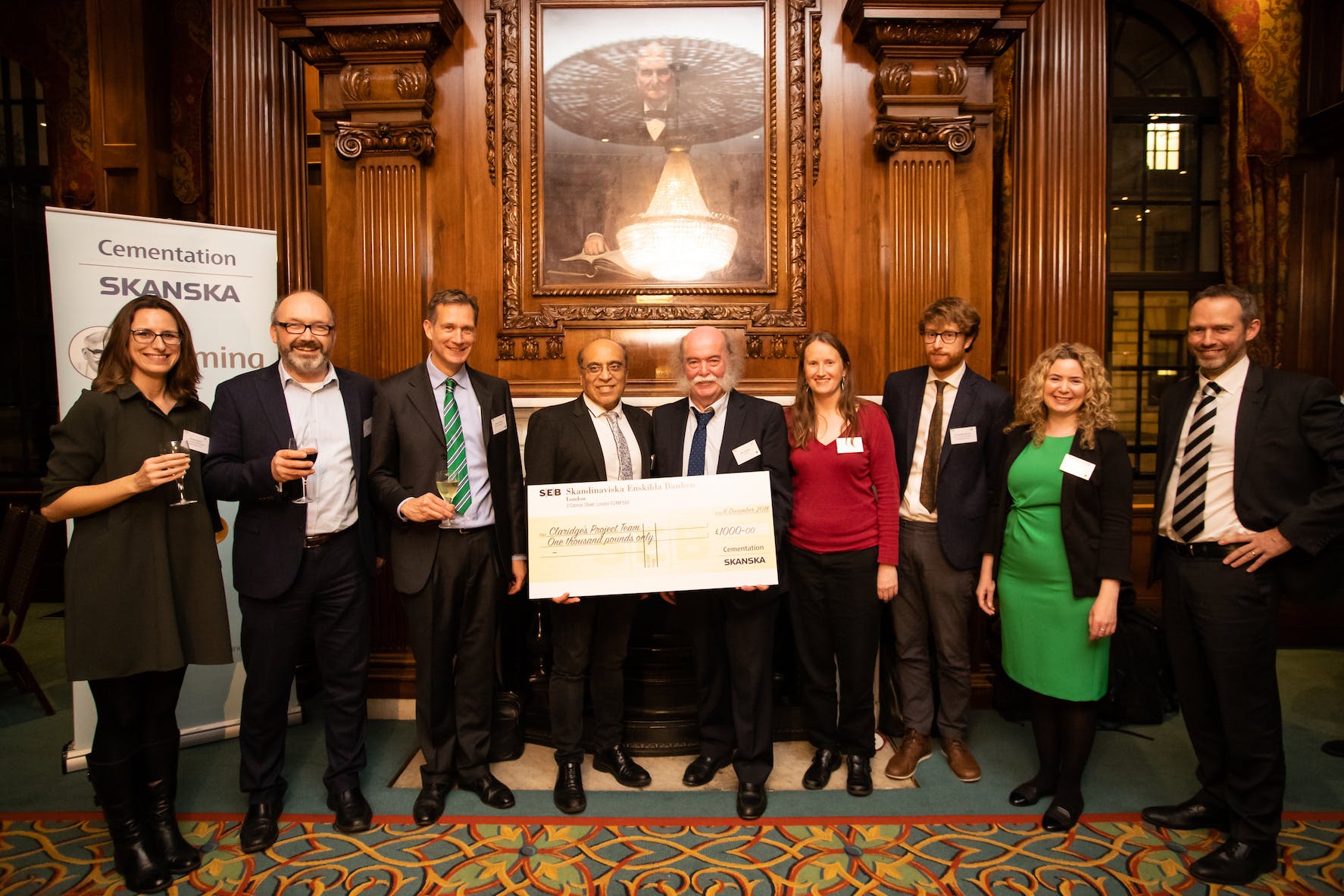 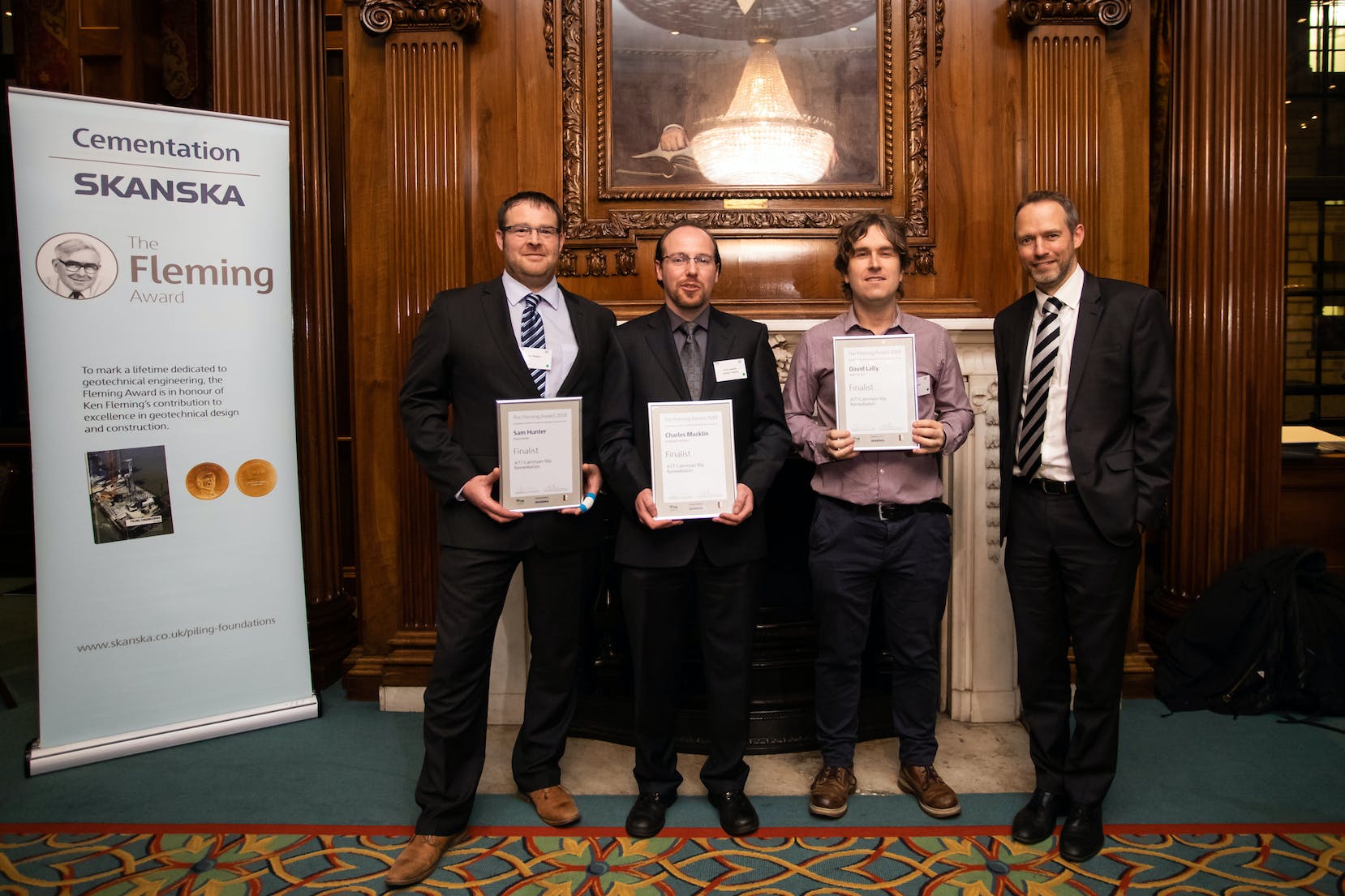 Runners up - A77 Cairnryan Slip Remediation 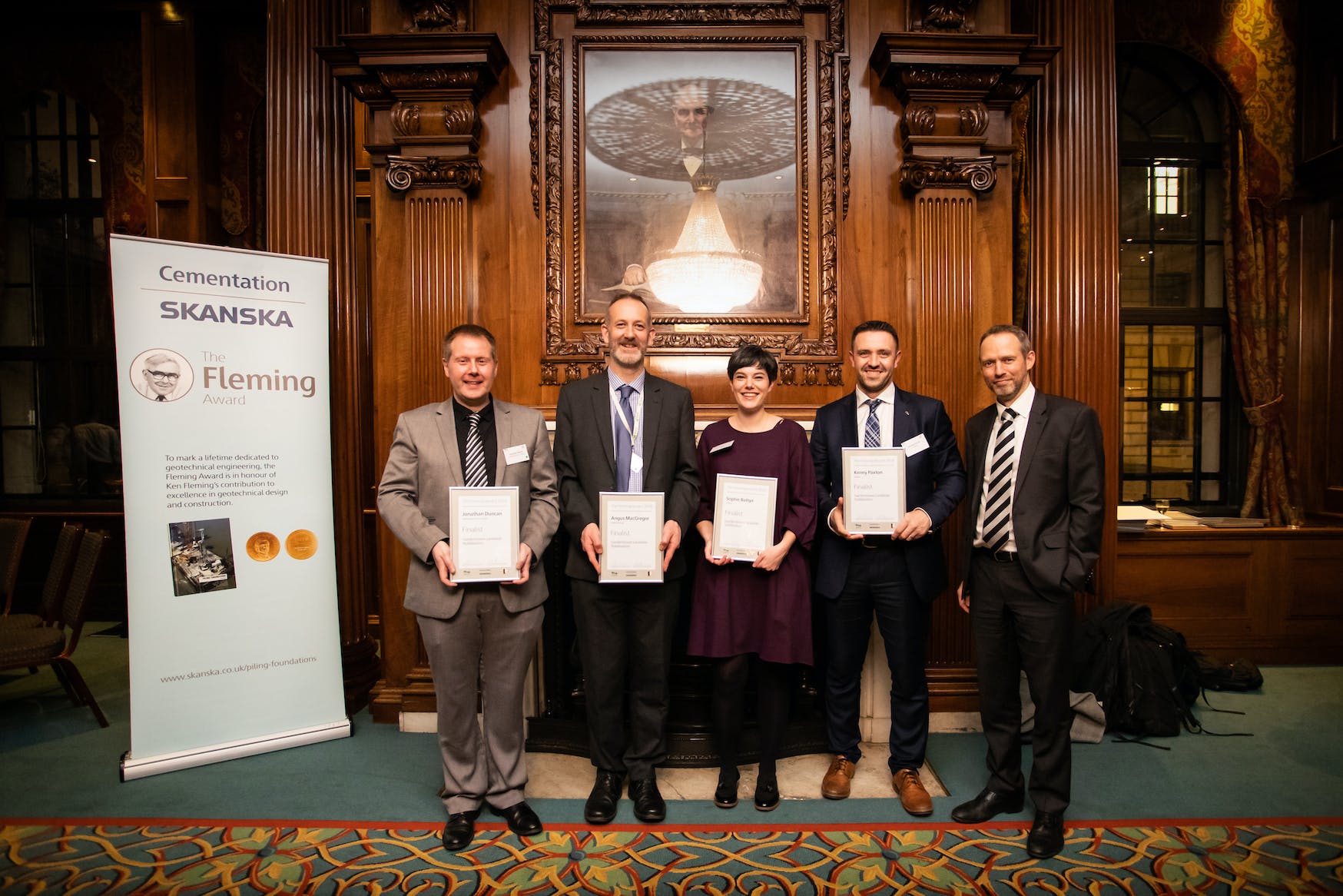 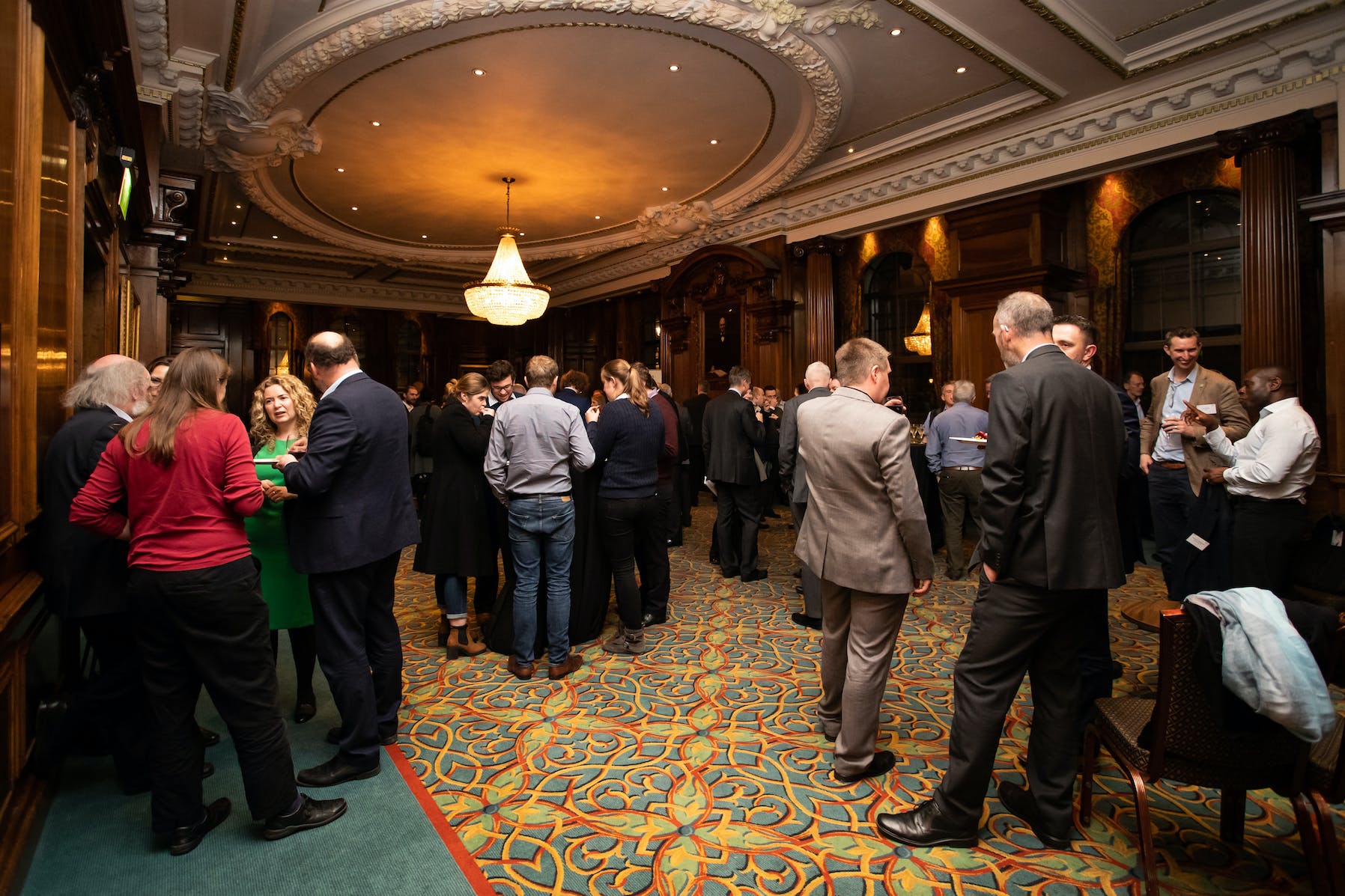 A Drinks Reception was held after the awards event