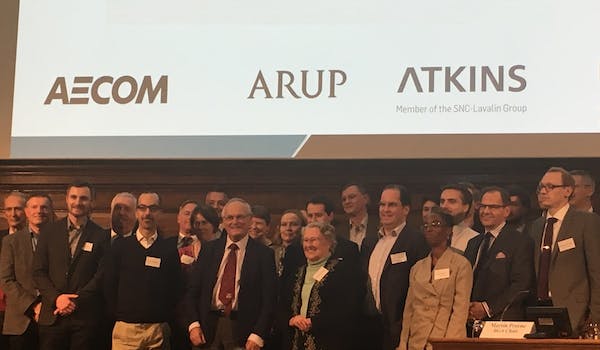 The ISSMGE Time Capsule Project (TCP) has the following aims:

The History of Geotechnical Engineering in the United Kingdom

Although William John Macquorn Rankine, Professor at University of Glasgow, had published his theory on earth pressures in 1857, modern soil mechanics is recognised to have been established in the United Kingdom at the Building Research Station (BRS) from 1929. The first geotechnical laboratory at BRS was established in 1934 by Leonard Cooling and the group was later joined by Alec Skempton and Hugh Golder. 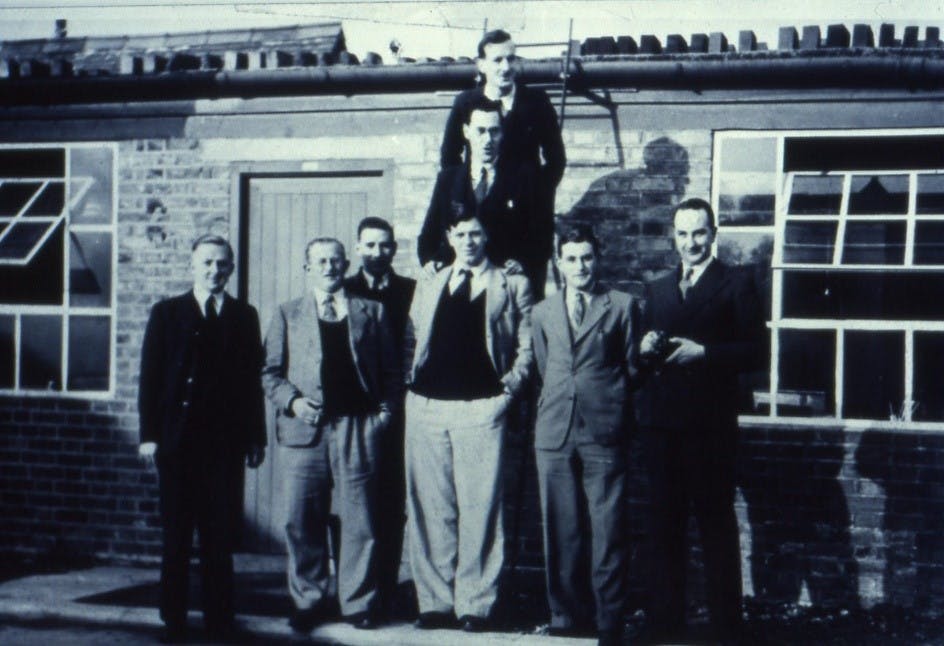 At the Building Research Station in 1937/8 with Cooling, Golder and Skempton (Courtesy Christine Cooling)

Further information can be downloaded by the links below:

History of the British Geotechnical Association

The inspiration for some BGA Prizes and Awards

Dr Leonard Cooling is widely regarded as the ‘Father of British Soil Mechanics’ after he set up the first proper soil mechanics laboratory at the Building Research Station (BRS) in 1934.

Sir Alec Skempton was instrumental in establishing soil mechanics as an academic discipline and became one of its leading figures. Skempton joined the BRS as a geotechnical engineer and was appointed to the Imperial College staff in 1946. At the link below you can view:

Skempton resources (Video, ppt and Biography) - Thanks to Professor Richard Jardine for providing this resource.

Professor John Burland is one of the UK’s most eminent geotechnical engineers. He has made major contributions to critical state soil mechanics including development of the Modified Cam Clay Model and to unsaturated soil mechanics, but his name is often linked with his work on the stabilisation of the Leaning Tower of Pisa and Big Ben’s clock tower.

Professor Burland also played a key role in the launch of Ground Engineering (GE) in 1968. GE is the official magazine of the British Geotechnical Association.

Professor John Burland remembers the crisis due to the sudden death of the ISSMGE Secretary General, Professor Kevin Nash, in April 1981

The Road Research Laboratory (RRL) was established in 1933 and was a government research facility, like the BRS. The laboratory changed its name to the Transport and Road Research Laboratory (TRRL) in 1972, became TRL and was privatised in 1996. Geotechnical engineering was a major part of TRL’s work from 1945 to the late 1990’s. The links below provide a history of the laboratory and 3 key publications that highlight the contributions made to geotechnical engineering:

Study of the efficiency of site investigation practices (PR 60)

Compaction of soils and granular materials

Polymer meshes were invented by Dr Brian Mercer, who patented the Netlon process of extruding molten plastic into grids, rather than weaving polymer fibres, in the 1950s. They proved popular in many industries, including civil engineering. In the 1970's, Dr Mercer invented integral punched and drawn geogrids through what is known as the 'Tensar process'. In 1978 Dr Mercer filed for a patent on his first integral oriented polymeric mesh, which he called Tensar.

Although lime stabilisation of clay soils had been practiced for decades the exact nature of the the physico-chemical properties remained poorly understood. Research into lime stabilisation, including the use of lime piles, started at the University of Loughborough in the 1990s and has continued at Birmingham and Newcastle Universities since that time.

The AGS Data Format provides a standard way to transfer geotechnical and geoenvironmental data between the contributing parties of a project The first version of the data transfer format was published in 1991 and further versions have been published at intervals since. The format has been adopted throughout UK industry and world-wide and has had a hugely significant impact on how geotechnical data is exchanged between organisations.