The conference will include a series of authoritative keynote lectures on important aspects of engineering in Chalk. 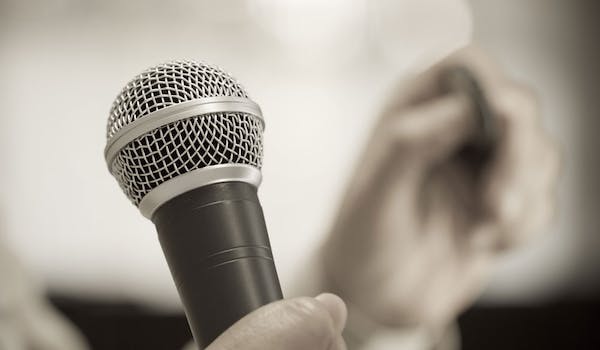 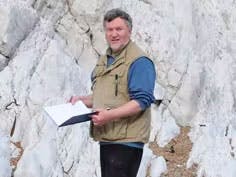 Professor Rory Mortimore will deliver a Keynote Lecture at the conference in September 2018.

Professor Mortimore’s keynote will be entitled Developing Ground Models for Chalk Engineering: Links across the Disciplines and will discuss the development of knowledge and understanding of the properties of Chalk, including weathering, porosity, density and ultra-structure of the Chalk.

Professor Mortimore is probably the UK’s leading expert in the engineering geology of the Chalk, and is at the forefront of developing and disseminating practical knowledge about the properties of Chalk. He is widely published, with around 80 papers on the Chalk, and delivered the 11th Glossop Lecture of the Geological Society on Making Sense of the Chalk: A Total-Rock Approach to Engineering Geology. 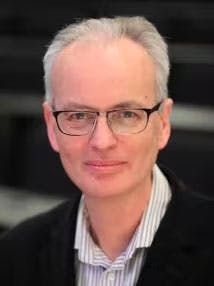 Professor Richard Jardine will deliver a Keynote Lecture at the conference in September 2018.

Richard Jardine is Professor of Geomechanics and Deputy Head of Civil and Environmental Engineering at Imperial College London. Professor Jardine is a Royal Academy of Engineering Fellow and gave the British Geotechnical Association’s 56th Rankine Lecture in 2016.

His current research includes several international Joint Industry Projects into offshore foundation behaviour and soil behaviour. He has published over 240 papers and sits on six International Committees covering advanced laboratory experimentation to offshore Geotechnics and has delivered multiple international keynote lectures over the last decade. He has won 17 National and International research prizes, acted as a visiting Professor in Singapore, Japan and China and consulted on many major international engineering projects.

Professor Jardine’s keynote will be entitled Behaviour of Piles Driven in Chalk. It will address some aspects of the geotechnical design issues associated with northern European offshore wind-farms being developed at locations underlain by chalk. It will describe streams of research undertaken by a team from Imperial College London in collaboration with industrial partners to investigate the response to loading of the driven pile foundations that may be employed to support jacket, tripod or even floating wind-turbine support structures founded in chalk. The investigations range from multiple small-scale field tests onshore, supported by laboratory and in-situ testing, through to full scale experiments and dynamic pile monitoring at offshore locations. 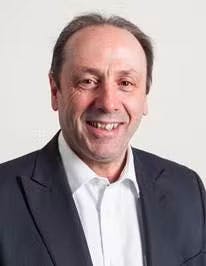 Dr Clive Edmonds will deliver a Keynote Lecture at the conference in September 2018.

Clive Edmonds is a partner at Peter Brett Associates LLP. He has 30 years’ experience in geological, geomorphological and geotechnical issues, particularly relating to instability in Chalk. Through academic studies and commercial experience he has developed geomorphological modelling, mapping, monitoring and risk assessment techniques for unstable land. He has been involved in a national study of natural cavity instability in Great Britain and the development of national land stability databases. He has authored more than 40 technical papers/articles/books and has lectured widely.

Dr Edmonds’ keynote will be entitled Review of Collapse Events on Chalk Since 2000 and the Opportunity for Improved Engineering Practice. It will discuss major collapse events across the Chalk outcrop since 2000, many of which have resulted in damage to buildings, infrastructure and risks to people followed by expensive remedial works. The collapse events include both naturally formed sinkholes and man-made crown holes. The majority of collapses have been triggered by water inundation, either as a result of particularly heavy rainfall or leaking utility services.

Compilation of natural cavity and mining cavity databases for the Chalk outcrop over more than 30 years has provided a useful archive for spatial analysis concerning the nature of cavity occurrence patterns and causal factors. Reviewing the geo-spatial setting of collapse events shows that there are several common characteristics. They can be used to identify areas of higher geo-hazard potential.

Learning from review of spatial patterns of collapse events provides opportunities to de-risk all forms of new development by incorporating improved resilience into design and construction for both new, and renewal of, existing development and infrastructure. The role of planners, developers and water utility owners is crucial to reduce the risks and impacts upon urban development and communities.